Viola Davis Opened Up About Diabetes, Hollywood, And Having Fun

Oscar-winning actor Viola Davis has revealed the one thing fans would be most surprised to know about her: She’s not as serious as some of the tough or scary characters she plays.

“You know what? I always say this, and I hate saying this, too,” Davis said during an interview that aired Thursday on BuzzFeed News’ morning show AM to DM. “I think that people don’t think that I’m fun.”

Davis, who usually plays very serious, complicated characters in her film and television work, was responding to a question that host Isaac Fitzgerald posed about what might shock fans about the veteran performer.

“I am a blast!” insisted Davis, who cheerily invited Fitzgerald to “have a couple of really great cocktails” with her.

The star of Widows and How to Get Away With Murder said her “fun approach to life” comes from the fact that “so much of my childhood, I had big problems that I had to deal with every day, of not having food and feeling every day was a fight for survival.”

As a result, Davis said, she felt much of her childhood was lost, and she wants her daughter, Genesis, to have what she didn’t: memories of “smiles and a fun mom.”

The wide-ranging interview also touched on what Davis believes the future of Hollywood will look like, as well as two upcoming passion projects she’s excited to share with the world.

Davis is currently doing promotion for the documentary A Touch of Sugar, a film funded by pharmaceutical company Merck that she narrated, which focuses on the diabetes epidemic, a chronic disease that affects more than 30 million people in the US.

Davis has a vested interest because the disease affects people in her family, including her sisters, her maternal grandmother, and her great-aunt. She even revealed that she’s prediabetic, a condition in which your blood sugar is high but doesn’t rise to the level of full-on diabetes.

“I think it’s just something that people feel isn’t serious,” she said. “They don’t understand that it permeates every aspect of your health and that it is, at the end of the day, a disease.” 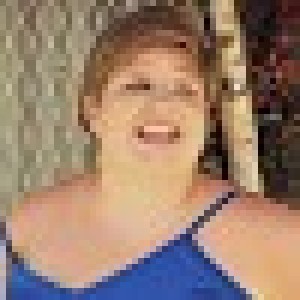