On April 30th 2019, the sun was vibrantly shining over the University campus in Charlotte. Spending time outside and enjoying the weather was expected from many of the students that were preparing for their final day of classes. I decided to walk towards the union in order to grab a bite to eat on a day that just had to be enjoyed. The courtyard, where the Belk Plaza fountain was newly built, was overflowing with students rushing back and forth to their classes. As I approached the intersection of the Fretwell and Denny buildings,  I noticed several people running towards the road in complete panic. Shortly after, the sound of several gunshots filled the area, followed by ear-piercing screams coming from the building to my right. In shock, I stood there frozen. Millions of thoughts rushed through my head all at once. Was that an actual gun? How did someone get onto campus with a firearm? Is this a prank, or is this actually happening? In high school, we are taught to hide underneath our desks and wait for directions from the teacher in the room. In college the experience is much different. For me, there was no teacher, there was no desk, and unfortunately, there was no time to wait for directions. I was out in the open, helpless, unarmed, and terrified. A man to my left rushed over to grab my arm and pulled me in the opposite direction of the noise. “RUN, HIDE, FIGHT!”, the alerts blew up on my phone as I took cover in the nearest building. On April 30th 2019, it was not only the last day of classes, but the final day of college for most UNCC students. Excitement and hope filled the air as the Niners prepared to send off their graduating class. At approximately 5:45pm, a tragic incident casted a sinister shadow over the Kennedy Building.

It was in the Fretwell building that a group of us waited to hear what was actually going on. Crowded in the small teachers lounge, we listened for updates, information, or anything that could let us know that our campus and the people in it were safe. As I listened to the radio updates, I was able to hear the communication between all of the UNC Charlotte staff members. The assistance they gave to students, the procedures they followed, and the support they gave each other was remarkable. The campus itself made sure that their community was secure. The alert systems did not hesitate to reach out to the entire campus within minutes of the tragedy taking place. Even those who were across campus were notified right away. We continued to wait along with more than 30,000 students and staff who remained on lockdown. Hours had passed, and words of distress continued to come from the online updates received from multiple News sources. An armed boy opened fire in a lecture hall emptying a full magazine. Students are seen pouring out of the building in fear and confusion. Sophomore Joshua Ayers states, “All of a sudden, the door on the north side of the room slams open. A guy rushes in, pulls up a gun with his right hand…and began firing at the far north corner table. He didn’t speak a word, just started shooting”. Medical teams are seen pushing occupied stretchers to designated vehicles. Rami Alramadhan age 20 of Saihat Saudi Arabia; Sean DeHart age 20 of Apex North Carolina; Emily Houpt age 23 of Charlotte North Carolina; and Drew Pescaro age 19 of Apex North Carolina were the four students who were rushed to the hospital in critical condition. First responders were quick on the scene in order to get those students the attention they needed.

On April 30th 2019, we lost two incredible students that contributed a dazzling light to the Niner Nation. Ellis “Reed” Parlier was a 19-year-old computer science major from Midland, North Carolina, who dedicated his studies to computer development and programming. Reed enrolled at UNC Charlotte in the Fall of 2017 with the dream of one day becoming a video game developer. He spent most of his time volunteering as a computer programming tutor for middle school students. He was motivated and independent during his time as a dedicated student, and will forever be a remembered Niner. 21-year-old Riley Howell, originally from Waynesville, North Carolina majored in Environmental Studies. He enrolled at UNC Charlotte in the Fall of 2018 as a transfer from Asheville-Buncome Technical Community College. He was fascinated by the outdoors, loved pizza, and took pleasure in multiple Star Wars movie nights. “Riley’s Family describes him as always putting others ahead of himself, and nothing exemplifies that more than his final, heroic actions in defense of his fellow [niners]”. Riley’s bravery saved several lives of the students within the Kennedy classroom. By jumping on top of the shooter, he willingly took a bullet in order to protect those that surrounded him. Riley and Reed will forever be remembered not only within the campus community, but everywhere their story has been heard. Both men have touched the hearts of those they protected, influenced, and supported with their personalities and dedications.

The next day on May 1st 2019, the campus was able to come together and host a candlelight vigil at the Bernhardt Student Activity Center. Graduating seniors Kristine Slade and Makayla Carrington, both co-hosted the heart warming event to allow students, staff, family members, and alumni to gather together and grieve the loss of and harm to their fellow niners. With help from the Chancellor Philip L. Dubois,  a new website was created in order to provide a place of comfort and respect. Niner Nation Remembers offers a photo gallery, a video of the campus vigil, and information on how to help donate or support the campus. It also lets individuals share personal thoughts on the tragedy as a way of healing. The campus is currently offering counseling services and student to student support sessions for all those who are affected. May 1st 2019 was the true calm after the storm. The campus did a remarkable job restarting the safety and comfort of it’s nation. Many students came forward and stated that they still feel safe within their campus, and that this tragedy does not affect how they see Charlotte as a home. Jozica Vodlan, a current student at UNC Charlotte commented, Never did I feel unsafe at UNC Charlotte. She will only become stronger. Students will only become closer. Our community becomes more connected”. Today, marks the week anniversary of the time Charlotte came face to face with a threat. The University is not letting this tragic and horrific event affect their community. They are remaining courageous and will only grow from the incident that occurred. It’s safety, emotion, and passion remains strong.


Note from the Author: I want this article to not only let the world know what had happened on campus that day, but to let everyone know that this college campus is doing everything to ensure the safety and pride of their students. It is a community that will not only remain safe, but will continue to thrive. 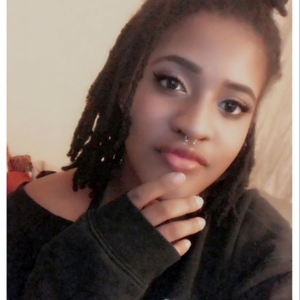