Last week, in response to the release of Matt Damon’s new drama/thriller Stillwater, criminal justice advocate Amanda Knox took to Twitter to attack the new film, claiming that the film exploits her life and her name, and continues to profit off of her story at the expense of her reputation.

The series of Tweets, which came about on July 29th, the day before the film was released, attacked the nature of the film, which is loosely based off of the 2007 murder of Amanda Knox’s roommate Meredith Kercher, as well as the subsequent events which followed. Back in 2007, Knox was a 20 year old exchange student living in Italy with Kercher. After her roommate’s body was discovered in their flat, Knox and her boyfriend at the time, Raffaele Sollecito, became the prime suspects in the case. The Italian press quickly jumped on the story, and Knox became the subject of tabloid rumors both abroad and back at home.

Although there was really no evidence that Knox was involved in the murder, and even though the real killer had already confessed to the crime, the Italian police continued to prosecute the young American. Knox was eventually sentenced to 26 years in an Italian prison, and her boyfriend was given 25. Although Knox and Sollecito were eventually definitively acquitted by the Italian Supreme Court of Cassation in 2015, Knox had already spent four years in an Italian prison, and her life had been irrevocably destroyed by the accusations.

While Knox may have been exonerated by the Italian court system, she still seems to be fighting for her innocence in the court of public perception, and has spent the past decade tirelessly advocating for herself and her truth. “I never asked to become a public person. The Italian authorities and global media made that choice for me.” She explained in a recent Medium article, “and when I was acquitted and freed, the media and the public wouldn’t allow me to become a private citizen again.”

Unfortunately for Knox, her story remains a public fascination, endlessly being recycled for entertainment. This continued interest in the story has only exacerbated her trauma, and made it impossible for her to move on from it. Stillwater is just the latest adaptation of her story, which once again, has turned her life’s biggest trauma into a public spectacle. But this alone is not what makes Stillwater so problematic. The real issue with the film is that it continues to distort her character, developing a fictional incarnation of the Amanda Knox from the wild tabloid headlines, and feeding into the dramatic lies that have destroyed her life and her reputation.

While the film, which was directed by Tom McCarthy, claims to be only ‘loosely based’ off of the Knox story, her name has become inextricably tied to the drama. To add insult to injury, the Knox character in the film (played by Abigail Breslin) ultimately ends up having something to do with the murder in the end— feeding into the fire of speculation that has totally decimated Knox’s life and subsequent reputation.

While the film may have changed some of the names slightly, such as naming the Amanda character Allison, it is a very obvious fictional incarnation of the Knox saga. As Knox herself continues to push back against the film, she continues to ask the public complicated questions about identity, and the interactions between fiction and reality. “Does my name belong to me?” she asks us all. “Does my face? What about my life? My story?”

In the new film Stillwater, Matt Damon plays a roughneck American father who attempts to exhonerate his daughter who is sitting in prison for a murder that she did not commit. Photo sourced through Yahoo. 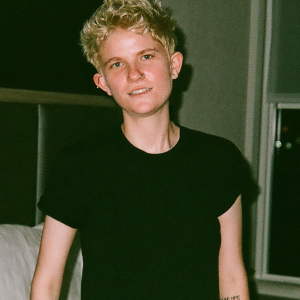