Do You Know the SugarrMann?

Love is in the air this Black History Month and you know we could all use a little bit of sugar. The good news? A genius local chef has us covered with a special gift – one the ever-expanding population of vegan and plant-based Charlotteans are thrilled about.

Amelie’s French Bakery has grown into a Charlotte staple since 2007 when founders were inspired to bring a “sweet and savory French inspired cafe”’ to the city. The cozy and welcoming NoDa hotspot says their number one request from customers is more vegan pastries.

“Especially (for) the elusive vegan croissant,” Frank Reed, Amelie’s CEO said. It wasn’t long before they decided to call up SugarrMann.

Chef Sadruddin Abdullah, also known as SugarMann, has been perfecting pastries since he first began his culinary studies at the University of Alaska Anchorage. He was inspired by his early days of baking in the kitchen with grandma and is now the mastermind behind Café Ganache and the first-ever Kronut Food Truck.

He and Chef Mahmuda, his business partner and wife, were the perfect duo to take on the challenge of creating a fully vegan croissant with “flakey layers, toasted crisp edges, and a lighter than air texture.”

This delicate pastry didn’t just come together overnight. The family team has been carefully formulating the art and science behind their creation for over two years.

“You proof and bake, compare and take notes, all the time being careful not to think you’re the boss,” Chef Abdullah explained. “You’ve gotta strive for perfection and you can’t settle- so we’re always working on it. You don’t know how to make a croissant until you’ve made 1,000 of them.”

Customers at Amelie’s have now been enjoying the 100% vegan buttery croissant with their coffee since December 25. “Chef Abdullah is an incredible pastry chef, and you’d never know his creations are vegan,” CEO Reed exclaimed.

The expertise behind the buttery goodness came from many years of learning, practicing, working, and teaching alongside some of the world’s best in the culinary programs of UAA and Johnson and Wales in Providence, RI.

It was in Providence that his pastry coach from the competitive culinary team gave him a life changing piece of advice. “This is the most important thing I can tell you. Master everything in pastry, but pick one thing and do THAT thing better than anybody else.”

That’s when he became known as Sugarrmann. “I chose Sugar” he told Level21 with a smile on his face. His love for sugar is real and keeps on giving with everything from cronuts, blowing and pulling sugar, to vegan croissants and every sugary pastry in between.

So what’s next for the partnership between Chef Abdullah and Amelie’s? For starters, a variety of vegan croissants including a handcrafted chocolate option made with hazelnut and almond butter. Sugarrmann and his team are hard at work on high-end pastry options for the vegan community, and they’re loving every second of doing it right here in the Queen City. 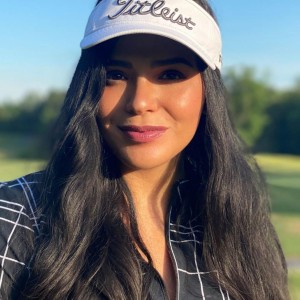