5 Black Women Paving the Way in the Makeup Industry

For too long black women have been ignored by brands in the very industry we built, the beauty industry, and in response creating billion-dollar businesses. Our collective dollars, determination for change, and entrepreneurial spirits have created a market that caters to our unique cultural needs. African Americans spend $1.2 trillion each year and prices are to rise this year. For years we have struggled to find options for us and all people of color. Black spending has led to an increase in brands appealing to our culture. In my experience working in the fashion industry, I’ve witnessed models having to provide their foundation and heard stories of makeup artists not having their exact shades. There is a large-scale of black women making a difference in this industry, but I am going to take the time to thank a few who are breaking barriers and paving the way for more opportunities.

To start is the phenomenal makeup artist and entrepreneur Pat McGrath. British pro makeup artist and creator of Pat McGrath Labs has been giving us luxurious cosmetics for more than two decades. Vogue’s Anna Wintour proclaimed her as “the most influential makeup artist in the world.” In the 90s, she started by creating iconic looks for countless magazine covers and has lead editorial stories for Vogue Italia. Pat McGrath has transformed the beauty industry, her ideas are the origin of many makeup trends from the past two decades. From the 90s dewy skin trend to the no-retouching-necessary foundation, specifically designed for this decade’s selfies. Pat also has been featured on global publications and countless brand-defining campaigns. Engaged as the Global Beauty Creative Design Director by Procter & Gamble in 2004, Pat McGrath oversees Covergirl, Max Factor, and created Dolce & Gabbana: The Makeup. McGrath has also recently designed and launched Gucci’s debut cosmetic collection. Having no boundaries, Pat McGrath has inspired us to see no limitations.

Next up is self-taught makeup artist, photographer, entrepreneur, educator, and founder, Danessa Myricks. Meeting Danessa at LimeLife by Alcone’s On the Rise Event in Charlotte last year left me truly inspired. She is the perfect example of never being too late to follow your dreams. A single mother working in marketing had found her true calling in the makeup artistry, resulting in leaving the corporate industry. Breaking into the beauty industry at the age of 30, Danessa studied makeup artistry and began using products in unconventional ways. Interview with Level 21, “….at the beginning of my career, the CEO of Alcone Co was one of the first people to support me and to support my endeavors. Going to Alcone was the first place I could go to build my kit and to get everything I needed as an artist with products that worked for all skin tones that was affordable and you get lots of love.”

After turning heads at some of the largest makeup brands, Danessa led product development for some of the most successful launches in history at brands such as KISS and Benefit Cosmetics. However, she knew the makeup industry still felt exclusive to many, so she took action and launched her makeup brand, Danessa Myricks Beauty. Every product developed by Danessa and her team is not designed for just one application. All products from Danessa Myricks Beauty are multi-functional and created to work in multiple places and on all faces. Creatively combining artistry with product manipulation, she designs and launches some of the most high-performance products on the market. Danessa has created looks for celebrities, worked with entertainers in music and film, collaborates with other brands and artists to push the beauty industry forward. She trains makeup artists and enthusiasts worldwide and continues to create some of the most innovative and inclusive beauty products on the market. Danessa now has products at Alcone Co, has a collection, and is one of the pro educators for their sister brand LimeLife by Alcone. Just recently, having her makeup brand, Danessa Myricks Beauty products launched on Sephora‘s website and will be in stores in April.

When talking about making waves in the beauty industry, one must mention founder, entrepreneur, actress, and singer Rihanna. Rihanna’s makeup brand Fenty Beauty had changed the beauty industry when it launched in 2017, having 40 different foundation shades, and now has expanded to 50. Fenty Beauty has made more than $72 million in earned media value the first month after its launch. After still seeing a void in the beauty industry for products made for all skin types and tones, Rihanna became motivated. In this motivation, she created Fenty Beauty with her other brand Fenty Skin after years of experimenting with the best-of-the-best in the industry. Rihanna also had not too long ago added the inclusion of Fenty Beauty concealer which includes 50 shades, offering a wide variety to all skin shades. As a result of Rihanna’s game change, Fenty Beauty was named one of Time magazine’s best inventions of 2017. After changing the beauty game, she decided to take over the skincare world. Staring with cleanser, toner, and moisturizer she launched Fenty Skin to “create amazing products that really work, that are easy to use, and everyone can get it on.” March 5th Fenty Beauty will be adding blurring body tint in 7 shades to their expanding and diverse line.

Nigerian-American, professional makeup artist, and well-known YouTuber Jakie Aina is a social influencer who advocates for the visibility of people of color in the cosmetic industry. Out of frustration due to the lack of women of color in the industry, she started her YouTube channel in 2009. Aina argues that people of color are poorly represented and often ignored in the beauty industry, has criticized makeup shade ranges for not being inclusive. Her content teaches, inspires, and gives confidence to women of color that have accumulated a loyal and thriving fanbase. Jakie has partnered with Anastasia Beverly Hills, e.l.f. Cosmetics, Too Faced, Sephora, and Sigma Beauty. A known fighter for dark-skinned women and men, Aina expressed her opinion that a foundation product by cosmetics brand Too Faced did not feature enough shades. The makeup brand then announced a collaboration with her to expand the shade range of its Born This Way foundation. By June of 2018, the shade range expanded from 24 to 35 shades. Nine out of the eleven new shades were formulated by Aina, where several had sold out. Aina is determined to listen to the perspectives of her online followers and other influencers of color. Having a bold voice in the beauty and fashion industries, Jackie is known for her insider tips and unapologetic glam—as well as her signature humor, honesty, and message-driven content. In August of 2019, Aina released an eyeshadow palette in collaboration with Anastasia Beverly Hills. On the included shades, Aina stated, “the palette is for everyone but my priority was making sure I chose shades that would specifically work for dark and deep-dark complexions.” On July 13, 2020, Jakie announced the release of her home goods line, Forvr Mood, which will sell candles, skin-care products, and fragrances. I have personally become obsessed with her products, she is letting the world know that black women deserve luxury and we shouldn’t have to apologize for it. Jackie Aina continues to challenge the standard of beauty, one video at a time.

Now this story is an example of proving the unsupportive wrong. Melissa Butler, beauty entrepreneur and the founder of The Lip Bar, had an idea of creating an inclusive makeup line that got shot down on Shark Tank, but she went on to find a following and commercial success. Forbes estimated the brand’s value at nearly half a million dollars. Melissa has and continues to set an example to not let anyone limit your dreams. Here’s a video in which she talks about the decline and rise of her career. 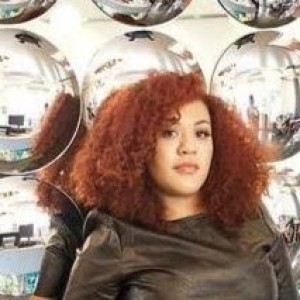 Dress to Kill: How TV Show ‘Only Murders In The Building’ Has Taken Over Fashion