Who is The Woman Behind Media Girls LA?

What began as a far-off dream career of a social worker became a reality. The camera personality, publicist, host, and full-time entrepreneur since 2017, Alex Jackson, the founder of the media agency, Media Girls LA, and clothing brand, Statement Tees Inc. The Tennessee-born entrepreneur has not only gained publicity through Instagram and TikTok but also within the E! Channel, in their show, “Dating No Filter.” However, this dream life was something Alex desired for since middle school, stating in a recent interview with Level 21, “It just always was my interest, when I moved to LA and was doing media on the side, I used to be cool with some of these girls that were working in the media industry as well and we decided to come up with Media Girls LA.”

Although, what started as a media agency with four founders became an instant hit when it was left in the hands of Alex. “We all worked in different aspects of media and so basically we had done the first event and we just weren’t going the same direction, so I continued Media Girls LA,” said Alex. Producing 10 events with her company within the United States in cities like Atlanta, Miami, Houston, etc. However, the beginning of last year brought a pause to many within the media industry, yet Alex found a way to flourish, especially during the quarantine. Stating in the Level 21 interview, “When I get no’s it still makes me go harder every time and I always succeed in what I do, you can’t let discouragement stop you.”

Amid the Covid-19 pandemic, Alex was not left discouraged and made 2020 her biggest year of brand deals. “We have a roster of influencers and YouTubers, we basically push them to different brands and companies, obtain brand partnerships for them,” she mentions. Media Girls LA has made an overall of $100,000 within brand deals in 2020 and is determined to double that this year. Despite Alex Jackson finding a way to save her agency throughout the pandemic, she also put her mind to help others. During a time when deals were being put on hold and the influencers were becoming uncertain, Alex changed her approach on how she was doing things. Within the interview, she states, “I set up a strategic plan and came up with some different ways to pursue it and different ways to find different companies, ended up working out perfectly.”

Jackson has still figured a way to reach an audience by having events on social media, via zoom and a recently opened clubhouse. “Since we can’t give opportunities to different prospects, now we are just doing rooms in the clubhouse which is totally free,” said Alex. Through this clubhouse, 2-3 days a week Media Girls LA has been having their influencers give advice to those who are upcoming and experienced. With the mission to “provide digital services for upcoming media correspondents, publicists, and small business owners,” Jackson’s recent success story is just the beginning of more to come. 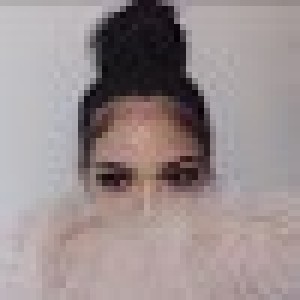