Dr. Dre Invests in Education, Helping to Build Schools, and Bring Compton Back to Life

While others are busy building and pioneering their businesses in retail and beauty, Dr. Dre has taken a more formal approach to his investments, and building a foundation for a school in Compton, staying close to his roots. Dr. Dre. has just pledged a donation of $100 million toward the $200 million dollar new campus for Compton High School’s, including $10 million back in 2017 to build the school’s new performing arts center, the “Andre Dr. Dre Young Performing Arts Center.” In fact, funding for the $10 million began in 2015, when he posted on @AppleMusic, that he would donate royalties from the sale of “#Compton” to help fund the facility. –The new campus is set to open in early 2025.

Dr. Dre grew up in Compton, and despite his lack of education, transferring and eventually dropping out, he always wondered “how much further ahead I might have been had [I had] the resources I needed in school were available.” He recently sold Beats Electronics to Apple Inc. for $3 Billion, he and his “music industry mogul [co-founder] Jimmy Iovine,” are both giving back to education institutions, including helping to open a magnet public school in South LA, and donating $70 million to USC to create a new academy. With Technology and Business Innovation on his mind, Dre hopes that the $70 million will help to “create a degree that will blend business, marketing, product development, design and liberal arts.”

Since 2009 art budgets in public schools have been on the cutting block, in response to the nation’s economic woes. Not only were there government budget cuts, but there was also a decline in corporate sponsorship which created the original “calamity for arts organizations in the US.” Making arts apart of the learning process, is among recent efforts for an “arts integration,” approach toward including the arts in education, something Michelle Obama was a strong advocate for. Studies have shown that arts integration have improved “long-term retention” as well as strengthening attentiveness, reaction time and comprehension. Including the use of “social media [as] an amazing platform for teaching ideas.” The future of integrating the arts into education, indeed includes more ideas for partnering individuals and teachers between departments, “for a greater learning experience for the students.”

Dre and Iovine, are currently working on opening a new high school in Leimert Park, a “Black cultural hub in Los Angeles,” which is today 74% Latino and 10% Black. The goal is to “provide innovative educational opportunities and experiences for all students,” and enroll students otherwise limited as a result of social status. An inter-disciplinary approach to education is reflective of Dre’s roots in hip hop, and hopes to discourage isolation, and encourage more connection between individuals between various content areas, just like hip hop and its 5 creative elements (MC, break dancing, graffiti art, DJ and knowledge of self). It’s true that some of the best learning experiences, require us to “participate in, interrogate and experience,” be a critical thinker, this is indeed a very thoughtful approach to education influenced by hip hop. 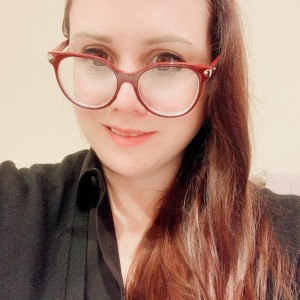 Dresses That Should Be On Your Radar For Date Night This Valentine’s Day!